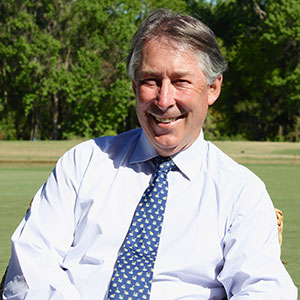 Andrew Summers spent twenty years in the investment management industry with Morgan Grenfell, Morgan Stanley, and Silchester International Investors – a company that he co-founded in 1994 – before retiring in 2006 to pursue projects focused on education and golf. In 2008 Andrew co-founded the Calabar Foundation with Ben Pauluhn and in 2010 he co-founded the Middle East Leadership Academy (MELA), which develops leaders in the Arab world and now has over two hundred graduates from its seven annual academies. Andrew is passionate about education and is active in the communities in which he is a local. He has served as Chairman and Finance Trustee for many years on the local private school in Hilton Head where he lived, and he now owns a private high school in Hilton Head that serves over one hundred and twenty students with a passion for sports or the arts. Andrew’s other love is golf. He is a majority owner of two junior golf academies and the real estate and service companies that supports them.

Benjamin Pauluhn was the first Project Manager of Sifunda Kunye Educational Project. Ben earned his Bachelor of Science Degree in Math and Economics from Furman University in Greenville, SC in 2006. In 2008, he re-located to the Eastern Cape Province of South Africa to begin the Calabar Foundation’s Africa Project which subsequently grew into the Sifunda Kunye Educational Project. Upon his return to the United States in 2010, he remained actively involved in the management of Sifunda Kunye, its programming and staff recruitment.

Ben is currently the CEO of Bishops Gate Sports Services, LLC which provides operational, finance, housing, golf and development services to sports academies located in the Southeastern United States. He has served on the Calabar Foundation Board since 2010 and, because of his passion for education, also serves on the local private school board in his central Florida community. Additionally, he serves on the board of directors of the Society of International Business Fellows (SIBF).

In his free time Ben enjoys managing projects, kayaking with his wife and dog and studying baseball. He has been to see a baseball game in 36 major league stadiums. 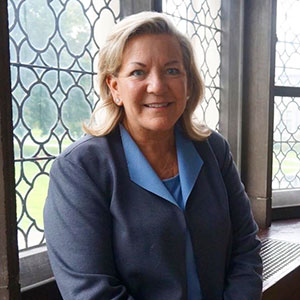 An enthusiastic educator and resourceful administrator with over 40 years of experience and an extraordinary ability to create lasting, positive change, Dr. Groesbeck’s long career has included both public and private education, co-ed and single sex schools. She is known for excellence in organization, team and stakeholder leadership.

Dr. Groesbeck’s experiences in education give her an international perspective, which spans cultures and continents. She has been the Interim Head of School of Girls Preparatory School and Purnell School. Her former appointments include Principal of Havergal College (Toronto), Head of School at Hilton Head Preparatory School and Headmaster at Holy Innocents’ Episcopal School in Atlanta. Dr. Groesbeck is currently the Head of School of Emma Willard School – a well-respected, 202 year-old girls boarding school in Troy, NY.

Dr. Groesbeck is a Phi Beta Kappa graduate of Skidmore College, holds both a Masters and a doctoral degree from the University of Rochester, and was a Post-Doc Klingenstien Fellow at Columbia University. She has received two Fulbright Grants (Germany and Japan) and was named a Toronto Woman of Distinction. She has received many awards, including the Presidential NEA A+ Award (Washington, DC) and the Whitty Ransome Award (Wellesley College), presented to a female who has uniquely committed herself to the lives of other girls and women, and who reflects the pure devotion to a higher cause, the willingness to serve others, and the grace and readiness to honor others.

Dr. Groesbeck (Sue) lives on Hilton Head Island with her husband Mark of 41 years. Together, they have two married daughters, two sons-in-law and three grandsons. Sue is active in the community and enjoys reading, swimming and gardening.