The mission of Calabar Foundation is to have a positive impact on education and the individual lives of learners of all ages by funding technology programs, literacy programs, and capital projects at deserving schools across South Africa.

From the outside looking in, South Africa appears to be one of the success stories of post-colonial Africa. But even after the end of apartheid in the mid 1990s and several years of economic and political progress, many people struggle for basic needs and access to what most of us in the West would consider a “normal” education. They face historical, geographical, systemic, and cultural obstacles to their education.

Apartheid policies and the Bantu Education Act severely limited access to education for black students throughout much of the last half of the 20th Century. Many schools were closed and there were very few educated blacks who could enter the workforce as teachers. One can say that South Africa has its own “lost generation” in terms of education. And with more teachers leaving the profession than joining over the past 20 years, the situation for the current generation of learners is still dire.

In addition to historical problems, South African students face systemic and cultural challenges. There are over 21 native languages spoken throughout the country; 6 main languages. Most children grown up speaking their mother tongue at home and in primary school. However, from grade 4 onward, all textbooks, exams, and lectures are offered only in English and/or Afrikaans, putting many of these kids behind in their coursework before they even have a chance to understand subject materials. Many teachers also struggle with English.

Geography presents another challenge, greatly affecting access to schools. Many schools are located in rural villages on impassable roads that make busing to better performing schools impossible. Boarding schools that used to be able to support students from distant villages have steadily been closing their boarding facilities due to lack of funds and government support.

All of this is on top of an excruciatingly high unemployment rate – 25.5% nationally and over 50% in most rural villages – and the world’s highest rate of HIV/AIDS (nearly 20% of the adult population). South Africa is home to what some estimates report as over 2 million AIDS orphans. The story up until this point has been discouraging at the very least. Despite several years of successful economic development, it is clear that the challenges to education in South Africa today remain staggering. 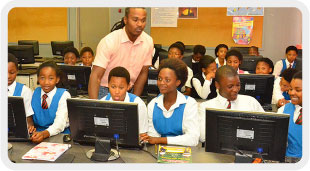 An organization dedicated to education, literacy, and opportunity.

Get involved and learn how you can make an impact.

We accomplish our mission through our support of the Sifunda Kunye Educational Project, our partner charity in South Africa. Based in East London and currently operating at schools in the King Williams Town and Grahamstown education districts, Sifunda Kunye implements the programs that Calabar Foundation supports financially. 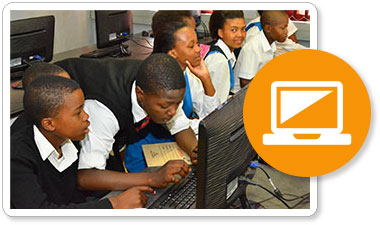 The primary focus of our support is to introduce technology into high schools and primary schools in the form of computer or tablet labs, training learners and teachers in the use of computers and the opportunities the internet offers and providing English and Math learning software on the computers to enable students to supplement their classroom studies. 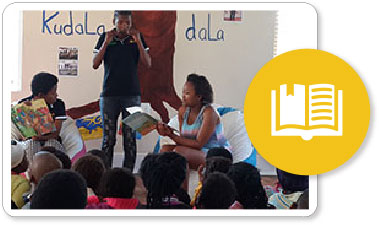 Our second focus is literacy. In 2010 we began the Sifunda Kunye Literacy Project, supporting Saturday morning book clubs, writing clubs, drama, music, and dance in order to foster a love of reading and learning outside of the classroom. The literacy project is based at St. Matthew’s Secondary School in the village of Keiskammahoek and attracts over 100 learners from St. Matthew’s and the broader community, including Richard Varha Secondary School, Keiskammahoek Children’s Home, and the Nomzekelo Primary School. Earlier in 2015 we opened the Sifunda Kunye Literacy Center on St. Matthew’s campus, giving us a permanent space out of which to run all of our various activities. 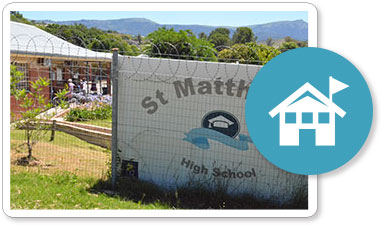 When the project was initially envisioned, technology implementation was our main goal. However, it soon became clear that installing state-of-the-art computer labs at schools without access to clean water or operating in condemned classrooms was not fulfilling the needs of the learners we were so eager to support. And so we launched the idea of special and basic needs projects. These take many forms and vary based on each of our partner schools’ needs. We have helped refurbish teacher’s homes, built safe walkways, improved access to clean running water, installed security fencing, improved dangerous classrooms, built libraries, instituted sports tournaments, and the list goes on. In addition to these capital projects, we also introduce and manage various activities for the students where they can develop as individuals and build personal initiative. These include supporting the President’s Award, Young Academics Club, school newsletters, school websites, leadership summits and many more programs.

For more specific information on our programs and current projects, please visit www.sifundakunye.org.

Calabar Foundation funds programs at 6 separate partner schools and is looking to add additional schools in 2019.